A member who was seen entering the building comments that Consumers is her ‘one true love’. Another says he might bring his date back later today.

Well, you can’t blame anyone for trying to spread some love.

Stop and see why the LOVE Consumers has for its members is so apparent. If you live or work in West Michigan, you too can become a member. 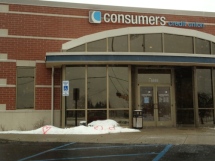